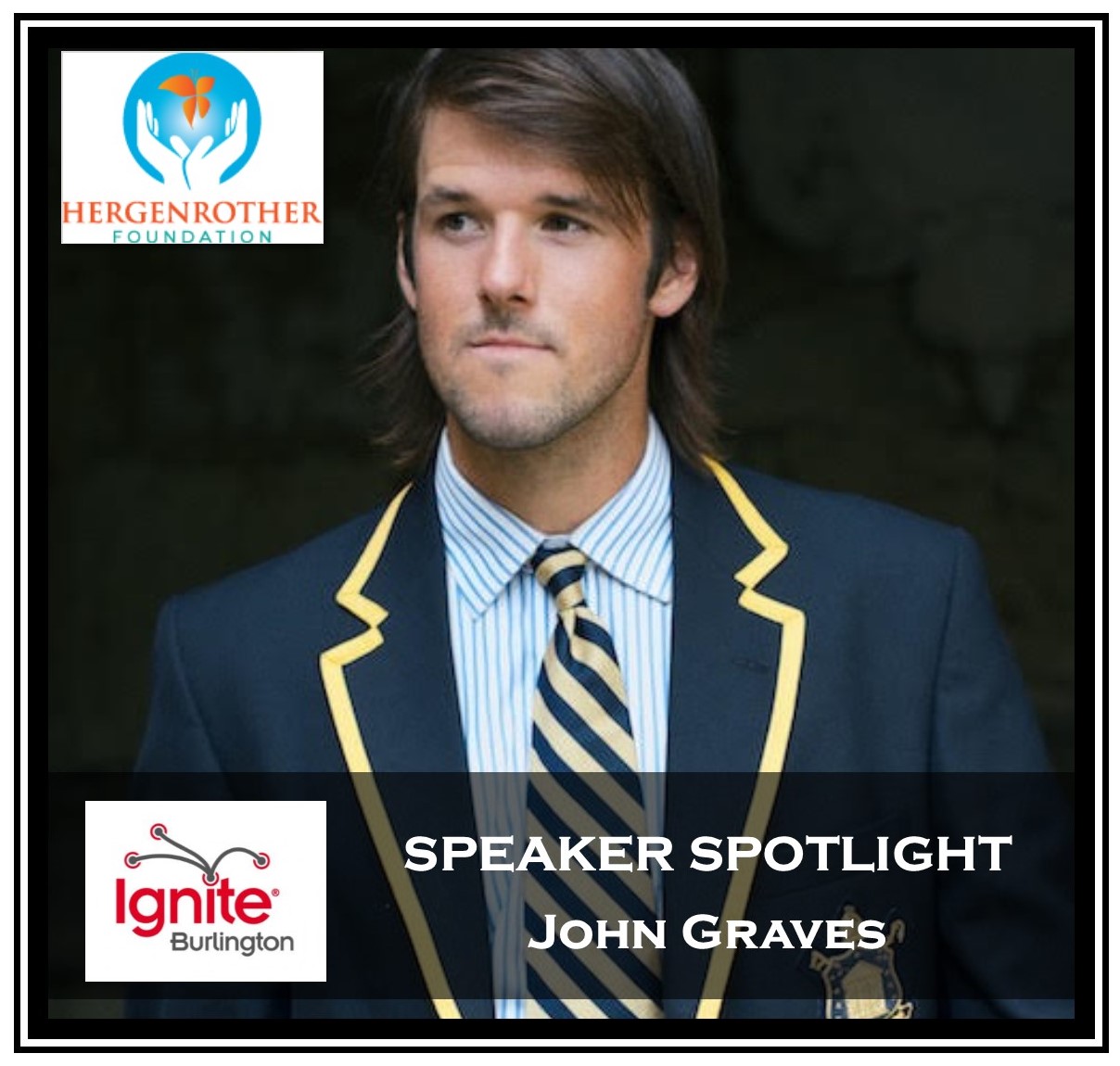 Presentation: The Process
John is a 6-time US National Team Rower and member of the Craftsbury Green Racing Project. This spring, John and his teammates won the US Olympic trials in the men’s quadruple sculls and went on to finish 3rd at the final Olympic qualification regatta in Lucerne, Switzerland narrowly missing an Olympic bid by less than a second.
John is a 2010 graduate of Trinity College, CT where he was captain of the soccer and rowing teams and selected as the McCook Award winner as the school’s most outstanding male athlete. John attended Cincinnati Country Day School in Cincinnati, OH where he was a five sport varsity athlete and recently elected into the school’s athletic hall of fame.
John’s Profile: Instagram or  Facebook
Reserve your Ignite tickets here:  IGNITE BURLINGTON 2016
Ignite Burlington info:  https://www.hergenrotherfoundation.org/events
Follow us on: Facebook and Instagram